It’s only a few months into my #LetsTalkLingerie efforts and I am hopelessly addicted to making bras and panties.

I’ve been sewing a LOT of panties. I’ve mentioned in previous posts that I am a thong devotee, but there are times when I prefer panties with full bum coverage. Sometimes, I just want to lie on the sofa binge watching Netflix in sweat pants. I crave comfort and a panty that politely hugs my bum.

The Arccos feature full-bum coverage and a wrap around side detail. I particularly like the drafting regarding the elastic at the waist and legs. There isn’t a huge difference between the length of the elastic and the circumference of the panty opening on which the elastic will be sewn. This results in minimal yanking on the elastic during sewing and produces a neat finish. Once applied to the panty, I found the suggested elastic measurements sew up to a comfortable fit around the waist and legs.

The directions to sew the crotch are very clever. The crotch is applied in such a way that all seams are sandwiched between the crotch and crotch lining, therefore, not visible in the final panty. While this is an awesome sewing trick, the directions to accomplish it are a little confusing. At different steps, differing terms are used to refer to the crotch and crotch lining, making it confusing regarding which panty piece should go where. I messed this up a few times before properly wrapping my head around the construction.

Directions for sewing several elastic types are given, but, to date, I have only used fold over elastic (FOE). The directions for applying FOE are ambitious. They suggest sewing the elastic down in one go with a three-step zigzag stitch. This is advanced level ninja sewing. I much prefer sewing my FOE in two steps. One, sew fabric to elastic under the middle fold line. Two, fold elastic over the line of stitching just created and sew down to secure. I find that I make fewer mistakes and have greater control over the FOE application than if I used the method suggested by the pattern.

My favorite aspect of these panties is how much they can be customized to suit the sewist’s personal style. They can be made in stretch lace, knit fabrics with substantial stretch and lingerie mesh. I’ve been playing around with several different fabrications. So far, my favorite is the full lace back.

Front and crotch made in grey t-shirt knit. Back is a printed stretch lingerie mesh.

All FOE, lace, and mesh were purchased from my favorite online lingerie supplier, Tailor Made Shop. The knit fabrics were scraps left over from previous sewing projects. 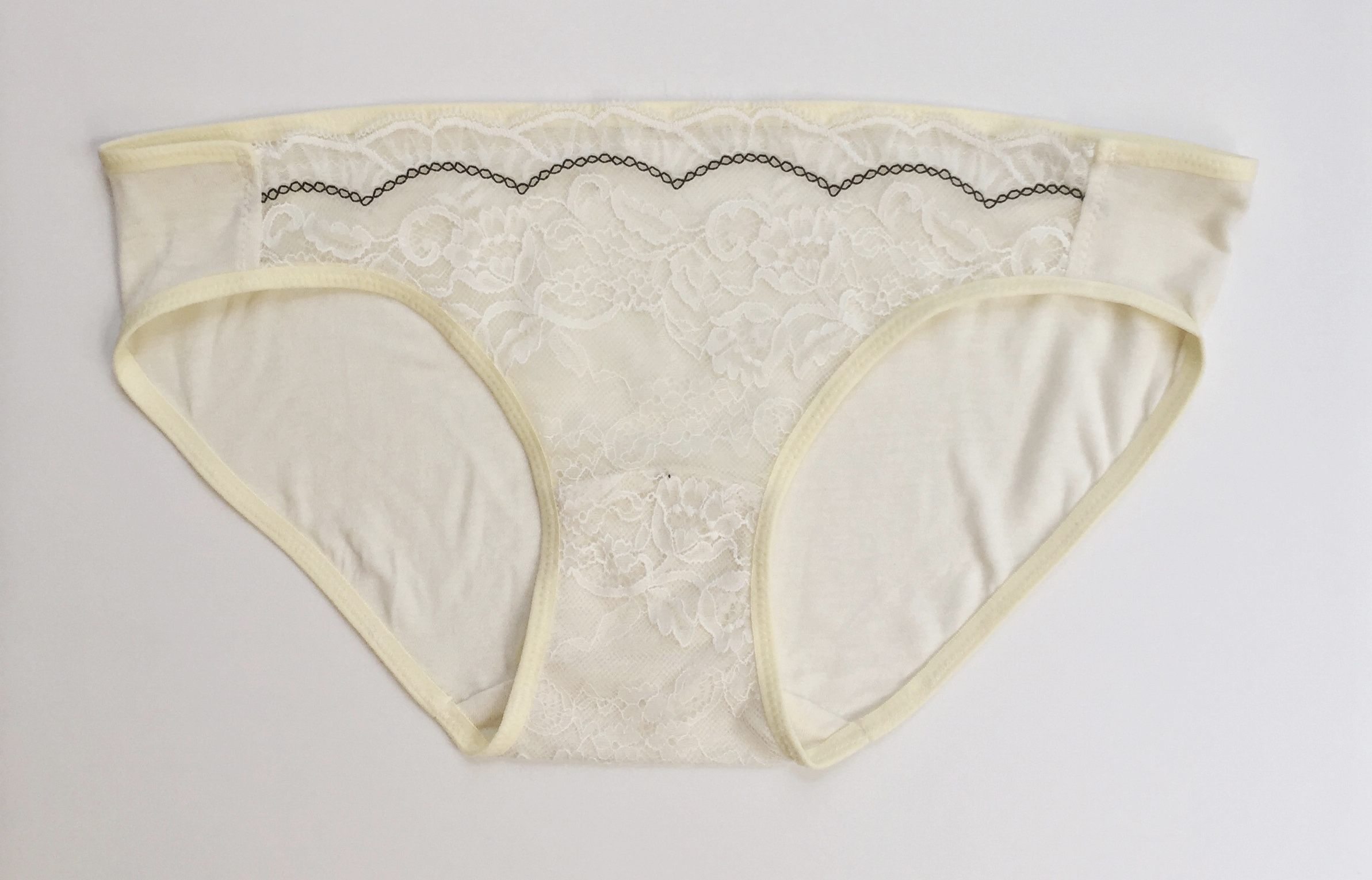 Lace front lined with bra mesh. Knit back. Outer crotch is lace with a knit lining. This photographed a bit more yellow than it looks in real life.

My favorite pair. Knit front and crotch with a stretch lace back.

I may be burrowed deep in the couch cushions but my panty game is on point.

In the past weeks, I’ve been teaching panty making classes using this pattern with my students. I will devote a post to the classes later this week (They’ve been awesome!) and am in the process of creating tutorials for the method used by the pattern designer to sew the crotch as well as how I prefer to apply FOE. Check this space for updates on the development of these tutorials!

Handmade luxury for the modern maker

Get [Sewist] Original blog updates in your inbox!

This error message is only visible to WordPress admins

Make sure this account has posts available on instagram.com.